People often ask if children can have StemEnhance Ultra?

The benefit of having more Stem cells in circulation comes from the fact that we have more stem cells available for repair. The clinical benefits associated with the mobilization of bone marrow Stem cells are numerous.

Some first Clinical Studies on AFA in Children were in 1990

The first AFA studies were conducted about 30 years ago in children with attention deficit disorders with or without hyperactivity.

Claudia Jarratt et al., 1997 had conducted a study of 142 children consuming between 0.5 g and 1 g of AFA as a daily dose for 10 weeks at Harvard, Massachusetts in the Center for Family Wellness.

Parents and teachers reported beneficial effects on children’s behavior in 10 of the 11 categories on the Achenbach scale, used for children with attention disorders. Indeed, the consumption of AFA for 10 weeks is associated with an improvement in sociability, a decrease in anxiety and depressive symptoms.

In addition, AFA consumption is also associated with decreased aggressive behaviors and improved ability to concentrate and pay attention.

Sevulla and Aguirre (1995) also studied the effect of AFA consumption on 1,567 children in a Nicaraguan school at the Universidad Centro Americana. They consumed 1 g of AFA daily for six months.

In addition, parents and the clinical team observed a general physical improvement (hair, skin, general health). And finally, the study showed a net improvement of 81% in school performance probably due to an improvement in children’s ability to concentrate and pay attention.

A third study reported the beneficial effects of AFA on cognitive abilities in children, conducted by Jeffrey Bruno, Joe-Jo Gittelman and Barry Tuchfeld in Sierra Vista, AZ, at the Stillwell Learning Center in 1998.

31 children were recruited into a special course program associated with a daily consumption of 1.5 and 3g per day.

The study shows a 40% improvement in concentration and memory scores on the Conners scale, completed by parents and teachers.

Classroom attendance and participation were improved and improved overall health was described in the study.

These 3 studies demonstrate the beneficial effects of AFA on cognitive performance at daily doses of 1 to 3g whole algae.

Christian (15) said-. My early childhood was full of physical and emotional abuse & trauma, all of which made my condition of ADHD a very challenging problem growing up.

Lack of self-respect, self-control, anger, and destructive tendencies were all a daily story in my life!

About a year ago my grandma started giving me StemEnhance Ultra, 2 capsules twice a day! At first, I didn’t see the change until a couple of months in, I missed my morning dose and it was CLEAR, the difference it was making in my life!

I recognized I had the ability to stop & think before I made decisions.

The calming effects Stem Enhance Ultra was having became very obvious! I am now living with a higher level of self-control; decision making & my trauma is far less triggered!

Most importantly, I have more confidence, self-respect and see the positive changes in my life. I’m so grateful to have these supplements, being 15 isn’t an easy year anyway, StemEnhance Ultra makes my life so much easier!

From infection-dodging stem cells, new tactics for research on viral[...] 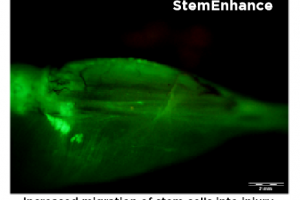 Does StemEnhance really work? Short answer? Yes. It does. Multiple[...]

Consumption of Aphanizomenon flos-aquae, has Rapid Effects on the Circulation[...]

We're currently offline. Send us an email and we'll get back to you, asap.